5 Curious Facts About Jack the Ripper 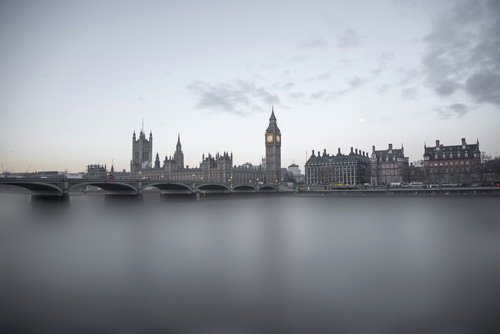 There are countless theories and private investigations about Jack the Ripper that have been doing the rounds for more than a century now, with an aim of unmasking the horrific serial killer who gruesomely killed five prostitutes during 1888 in the East End of London.

His identity has remained a mystery until this very day but that doesn't stop the theories from circulating. Some say he was a doctor, other's say he was the grandson of Queen Victoria. Some experts even suggest that the killer could potentially have been a woman - not a man = who carried out these horrific murders.

Nevertheless, the mystery around the Whitechapel murders remains one of the most well-known unsolved crimes of all time. Does anyone alive know who the real Jack the Ripper was? Why he killed? And, if he actually existed or the murders were an act of supernatural powers, like the way some people suggest. We'll let you make your own mind up, with these five fascinating facts about the infamous killer.

The Number of Victims

The canonical five is the name given to the five victims who were brutally killed by Jack the Ripper - this is one of the most widely known facts about this case. However, there are numerous theories that indicate there were significantly more than five victims.

Mary Ann Nicholas was identified as Ripper’s first victim, however, some reports and theories suggest otherwise.  Going by the ‘Whitechapel murder file’, there were 11 murders carried out during 1888 including two murders before the murder of Mary Nicholas and a couple more following the Ripper’s last identified murder during the Autumn of Terror. So, is it possible Ripper killed all 11 - victims or perhaps more?

The actual figure remains a mystery, like most things related to this case.

Jack the Ripper Killed Only During the Early Hours

Ripper had a pattern when it came to killing his victims. The trend of mutilating his victims post murdering them became a key clue in joining the dots in the Ripper murders. There was another pattern that started becoming obvious, too. Ripper only hunted his prey early in the morning and only on weekends. Perhaps one of the biggest indicators yet that he was a working man - or that he wanted people to think he was!

Ripper Left Both Clues and Witnesses

There is a popular belief that Ripper didn’t leave a single trail post his killings, which made it impossible to identify him. However, during his killing spree, he wasn't quite so cautious, leaving behind clues and witnesses around his murders. One such example is the murder of Catherine Eddowes, Ripper’s known fourth victim.

According to reports, a man named Joseph Lawende was a prime eye-witness in this murder. He claimed to have seen Catherine with a man that night. He described the man of being about 3o years-old, with a fair complexion and a small moustache. Catherine was killed just 10 minutes after Joseph spotted her with this man. This description was similar to those given by other witnesses in other murders.

There were many men who cropped up as suspects for the Whitechapel murders. However, only three suspects were ever truly taken seriously. Aaron Kosminski was a Polish immigrant; Montague John Druitt, a barrister; and Michael Ostrog, a Russian doctor. All three were known to be maniacs and hated prostitutes.

The Abrupt Ceasing of Murders

The Whitechapel murders very abruptly ended in the autumn of 1888. No one knows what happened to the murderer - whether he was killed, imprisoned or died of natural causes. The murders conspicuously halted post the murder of Mary Kelly, who was the worst mutilated victim out of the five, and the killer vanished without a trace, leaving the police and the city of London wondering who and why this had all happened.

There are a plethora of facts hidden in the East End of London, so why not see for yourself this autumn? Explore the streets the Ripper himself terrorised and give this case a go for yourself on our Jack the Ripper tour - who knows what you might find!

Want to learn more facts about Jack the Ripper?
Book on to London’s Number One Ripper Tour