Our exclusive Jack the Ripper pub tour in London is specifically designed to cater to anyone who wants to combine regular pub stops with history and discovery. Our expert tour guides know everything there is to know about the Whitechapel pub scene that formed the backdrop to Jack the Ripper’s notorious murders. They use this knowledge and expertise to give you a London pub tour experience that is second to none.

During our unrivalled Jack the Ripper pub tour, we will guide you through the major murder sites, stopping along the way at traditional, Victorian alehouses. Each of our stops will be at a pub related to or associated with Jack the Ripper’s victims and whilst you grab a quick drink, our tour guides will be ready and waiting to answer any questions you might have.

Our specialised walking tours are designed to be inclusive and engaging with plenty of anecdotes and stories from the brutal era of the Whitechapel Murders. Our Jack the Ripper pub tour perfectly combines the harsh and interesting history with a brilliant atmosphere and scenic setting, making it perfect for office parties or groups. If desired, we can also add a quiz at the end of the tour to help test your knowledge from the tour, with prizes for the winning team!

The story of Jack the Ripper is an unsettling one, well suited to being told over a drink in a true Victorian public house. Why not join our tour with your very own designated expert guide? 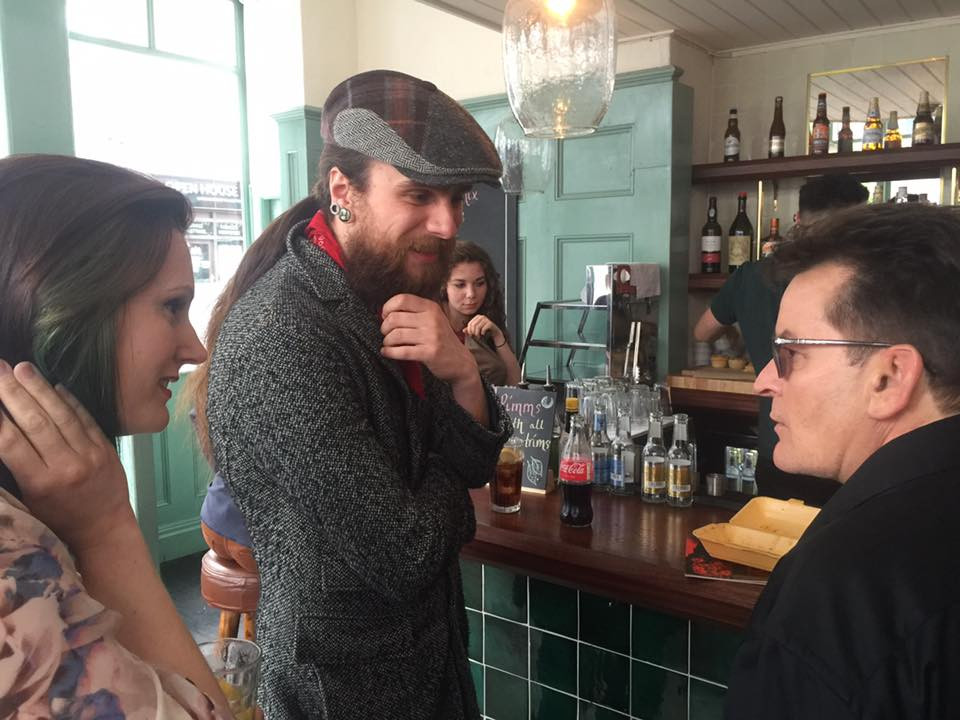 DISCOVER THE TRUE STORY OF JACK THE RIPPER

Over the course of the winter of 1888, Jack the Ripper murdered five women in the Aldgate and Whitechapel areas of London’s East End. Some historians theorise he may even have killed up to ten victims over a longer period of time. His victims were brutally mutilated and their organs removed. This gruesome case has attracted tourists to London’s East End for years, but on our Jack the Ripper pub tour, you can discover the real facts behind the legends.

In the autumn of 1888, terrified locals would have gathered together in the crowded pubs to tell the tales of the latest murder. This is how the story of Jack the Ripper would first have been told, before the crowds reluctantly ventured away from the warmth and safety of the pub, out into the shadowy East End streets, desperately hoping they would not meet the same fate as the Canonical Five Jack the Ripper victims...

On our tour, we will visit these pubs and once again, tell the story of the Autumn of Terror. In between pub stops you will visit key locations in the Jack the Ripper story, before moving on to the warmth of our next pub venue.

On the Jack the Ripper pub tour through Whitechapel will include the following on our itinerary.

One of the last pubs that Ripper victim Martha Tabram drank in on the night of her death. It remains the only pub to have Ripper memorabilia on the walls still. The White Hart was also the workplace of infamous poisoner George Chapman but fear not! He was hung in 1901, but was he also Jack the Ripper? This pub is the preferred watering hole of the Ripper tour guides, who, after a long night entertaining the masses, will enjoy a drink in what is now known as ‘Ripper Corner’.

The most famous pub associated with Jack the Ripper and his unfortunate victims; two of them, Annie Chapman and Mary Jane Kelly, were said to have had their last drinks here before unwittingly heading off to their deaths.

For many years, this location was rumoured to be the last location where the Ripper was seen, though the story behind the claim is far from substantial. Find out more on the tour!

A favourite hangout for the market traders of old Petticoat Lane, The Bell Pub’s candlelit tables provides a relaxing atmosphere after hearing stories of the brutal murders.

The Duke of Wellington

Hidden from view in the heart of Spitalfields, this little pub is a true local for the community. It is also next door to Jack the Ripper’s most gruesome murder, so book your spot on the tour to discover who this was and the connection to the pub!

This charming corner pub was a favourite drinking den of the notorious East End character known as “Leather Apron”, but was he also the Whitechapel murderer? Today, the pub’s name has been changed to The Culpeper, but it still has a few secrets left to reveal...

The Jack the Ripper pub tour runs every Friday, Saturday, and Sunday at 7 pm. Numbers are limited, so please book your spaces in advance to avoid disappointment.