Would Modern Police Have Caught Jack The Ripper? 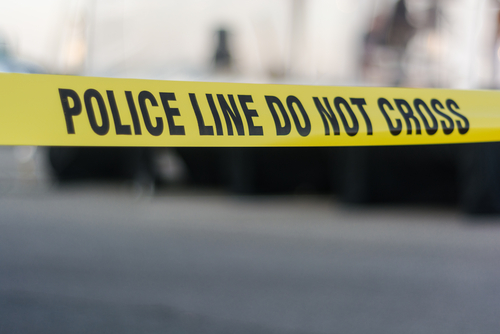 In 1888, the methods and technology used to catch criminals were far behind what is available today – would Jack the Ripper have been caught today?

Take yourself back to London, 129 years ago, before the introduction of CCTV cameras on every corner and before most streets were illuminated by bright street lamps. The killer operated under the cloak of night, ensuring that only those in his immediate vicinity could witness the gory events that were about to unfold.

Today, especially in London, there are very few blind spots for such a killer to operate. However, as security methods have changed drastically over the last century, you can bet that so would those used by Jack the Ripper.

Forensic science has come on in leaps and bounds since the killings on Whitechapel in 1888. Now, police can carry out thorough DNA investigation on even the smallest of details – the killer would have had to have been flawless in his approach.

There have been investigations take place on the murder scenes using technology that the London Metropolitan Police would have given an arm and a leg for in the 19th century. Simply due to the time that has elapsed since the events, any results produced are highly debatable and cannot be considered as definitive.

It was far easier not to be seen at night around London in 1888 with pitch black streets and poverty stricken areas. Now, though, anywhere around the capital you can almost guarantee that at least one of London’s 8.6 million residents will see you.

In modern day England, Jack the Ripper simply could not carry out the murders in public – he would have to somehow entice his victims into private property in order to remain anonymous. Even if the killer could carry out his ordeal in privacy, that still leaves the problem of remaining undetected and free of suspicion.

One of the key pieces of evidence that police would have investigated are the famous letters. With the knowledge and science available to modern day forces, it would have been easy to work out a profile based on the handwriting alone.

To counteract this, however, the killer could easily have left no stone unturned on his conquest to goad the justice system. This could have been managed countless ways with the use of technology.

In conclusion, if Jack the Ripper had carried out his killing using the exact same methods he used in 1888 today, he would have almost certainly have been caught. However, the killer was known to possess a great mind, despite the poor legibility of his letters, and you can guarantee that his methods would have been altered in respect of this.

While we may not know what steps the murderer would have taken in the present day, we can trace back the events of 1888, and that is exactly what we do on the Jack the Ripper tour.