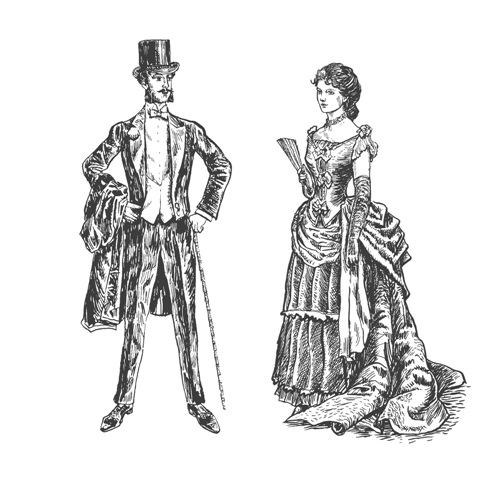 During the time of Jack the Ripper, many people fell into one of two categories – the rich or the poor. Many people worked hard only to bring home food that was unhealthy and often inedible, while others were more privileged and had everything they needed.

However, many people are completely unaware of the housing situation in the 1800s. Poor families were forced out onto the street or had to share a home with others, whereas the rich had homes fit for a king. So, to help you see what life would have been like for the Ripper’s victims as compared to some of the richer Ripper suspects, we thought that we would take you back in time.

Many poor people would have struggled for food and warmth. The Ripper’s victims are perfect examples, as they had to resort to unsavoury lines of work in order to afford the bare essentials. However, for many, that often wasn’t enough and the poorest were forced out onto the streets. Just imagine having to sleep outside during all weathers!

However, others managed to find a home to share or rent. Many of these homes would have consisted of one room in which everyone ate, cleaned and slept. There were no bathrooms and you would have been lucky to get a separate bedroom – everyone had to share.

One of Jack the Ripper’s victims, Mary Jane Kelly, lived in rented accommodation and was found in the small room that she rented. Men and women had to work long hours in order to afford the bare minimum, so you can only imagine how hard they had to work to be able to afford a home.

On the other side of the coin, however, the rich lived in a completely different world. As privileged individuals, they could afford the luxuries in life like a nice home. One perfect example of this is Prince Albert Victor, a Duke who was named as one of the top Jack the Ripper suspects.

Someone in the Prince’s position would have lived in a much larger home with various bedrooms, kitchens and dining rooms. He wouldn’t have had to share a room with anyone and would have had a home fit for, well, a prince. Many richer families were able to furnish their homes with the best furniture and even had a flushing toilet, something that was very rare in those times.

Not only were the rich able to afford these grand homes, but they didn’t even need to clean them as they would have had servants to keep their large homes running. Although these servants may have lived and worked at their employer’s home, even their living quarters were better than those of a poor person.

During this period, the class divide wasn’t seen as an issue. At a time when a killer like Jack the Ripper roamed the streets, it’s no wonder why. After reading this, you are probably glad that you weren’t around during this period, but for those who were, like the Ripper’s victims, you can only feel a sense of sorrow.