Jack the Ripper and the London Press 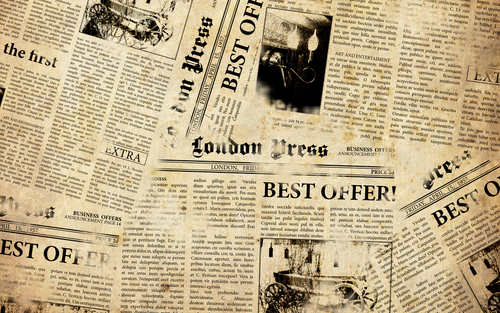 It has been said that newspapers do not make the news – they merely report it. However, newspapers emphasise certain stories at the expense of others. A prime example of this was the Jack the Ripper case, which the press exploited for all it was worth simply to boost circulation.

Sensationalist press reporting of the Ripper murders in 1888 ensured that the crimes quickly entered the public consciousness. The fact that they remained there was almost certainly the result of the publication of a letter dated 25th September 1888 and a postcard which purported to be from the murderer – both of which were signed ‘Jack the Ripper’. This brief and effective nickname, given considerable publicity by the press, struck a chord in the public’s imagination and the crimes, hitherto referred to as the ‘Whitechapel Murders’, soon became known as ‘the Jack the Ripper murders’.

As awareness continued to grow, more and more newspapers jumped on the bandwagon and soon the streets of London rang with cries of “Jack the Ripper latest news!” coming from all the street vendors looking to cash in on this new and terrifying sensation. Within a matter of weeks, the story had spread to half the newspapers across the continent where a special section of each paper was reserved for the latest gossip under the term “Jack the Ripper London” or “the Whitechapel Murders latest”.

Senior police officers at the time were of the opinion that the aforementioned letter and card were written by a journalist whose identity was known. If this were true, it could be argued that the press was really responsible for making the case memorable. The way in which the Jack the Ripper case was reported in London also influenced many subsequent accounts of the investigation.

Writers have followed contemporary press reports by criticising the police, representing the investigation as grossly mishandled, and portraying the Metropolitan Commissioner Sir Charles Warren as a buffoon. So, again the press can be seen to have been responsible both for the crimes being remembered and for the way in which they are remembered.

However, there were reasons which conspired to make the case attractive to the press and which dictated the way in which it was reported. Newspapers were long subject to a variety of taxes that made them expensive and beyond the means of the average person. This did not really matter because, until the Education Act of 1870 which made elementary education universally compulsory, the average person was illiterate. In 1853, the first of these ‘taxes on knowledge’ as they were called, a tax on advertisements, was repealed. The second was removed in 1861, and another in 1885. The abolition of these taxes and improved standards of education resulted in more newspapers and more people able to read them. By 1887, only 2.7 percent of the electorate, then only male, was illiterate. 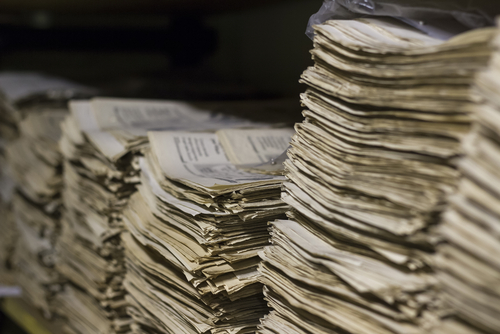 Not only did circulation figures rocket, but a great many new newspapers were launched. By 1880, there were 158 daily newspapers in the United Kingdom, compared with 14 in 1846. It resulted in a circulation war as each newspaper tried to achieve a maximum share of the market. Further changes were brought about by improved technology which made newspaper production less expensive and allowed faster reporting.

There was also a new journalism, the start of what today is called investigative journalism. In part, this was a response to the commercialisation of the Press, the corresponding need for sensationalism, and in turn, an interest in the habits of the rich and famous. At the forefront of the investigative and sensationalist newspapers (the distinction is sometimes blurred) were men such as Henry Labouchere, whose paper “Truth”  was ready to expose political and financial scandals, and W.T. Stead’s Pall Mall Gazette, which exposed social scandals. The radical press, led by The Star, argued for more open government.

The 1880s were a time of great social change, with the working classes finding a voice and using it. Many members of the old social order even feared revolution. Amid these dynamic changes and the growing optimism of the ‘established’ press, the brash newcomers like George Newnes and Alfred Harmsworth appeared on the scene and began to publish newspapers for the newly literate and for the growing number of commuters.

Harmsworth founded the Conservative newspaper The Daily Mail in 1896. The new readership wanted their news presented in simple, bite-sized chunks, with ready-formed opinions. They also wanted spice, which Gladstone described as a prevailing disposition to make a luxury of panics in 1885. In other words, death, disaster and murder.

In his autobiography, Thomas P. O’Connor, an Irish Nationalist MP who also edited The Star, noted a brilliant young journalist named Ernest Parke who could be trusted to work up any sensational news of the day. With Jack the Ripper, he also helped to make gigantic circulations hitherto unparalleled in evening journalism. Within a very short period, the Star had transformed itself into the mind of the masses as the Jack the Ripper newspaper.

William Le Queux (pronounced cue), a journalist who later turned to writing spy fiction and became obsessed with the idea that Britain was overrun with German spies, unintentionally painted a rather unflattering image of the journalists’ attitudes to the crimes. In his 1923 book “Things I Know about Kings, Celebrities and Crooks”, he wrote of covering the Ripper crimes for the Globe and of his journalist friends, Lincoln Springfield and Charles Hands:

“We practically lived as a trio in Whitechapel, and as each murder was committed we wrote up picturesque and lurid details while we stood on the very spot where the tragedy had occurred. One evening, Springfield of the Star would publish a theory as to how the murders had been done, together with a facsimile of those letters in red ink received by Scotland Yard the day before; the next night Charlie Hands would have a far better theory in the Pall Mall and then I would weigh in with another theory in the Globe.”

Unsurprisingly, the Ripper industry was in great demand and even during the murders themselves wealthy West End visitors would pay East London locals to take them on Jack the Ripper walking tours to see the sites where the infamous killer had struck. In fact, this is a tradition which we are proud to continue to this day.

It was clear that throughout the Autumn of Terror both Jack the Ripper and the London press were locked in an ever-more sensational dance, which reached a fever pitch that has been rarely seen in mass media. Both killer and press served in promoting each other – and the rest is, as they say, history.