What to Expect from a Jack the Ripper Tour

Of course, when you think of a tour, it can often be difficult to imagine what to expect and whether you will enjoy it. However, to prove that you will and to avoid any confusion, we are going to tell you exactly what to expect on our Jack the Ripper tour. Why should you take the tour?

Why Should You Take the Tour? 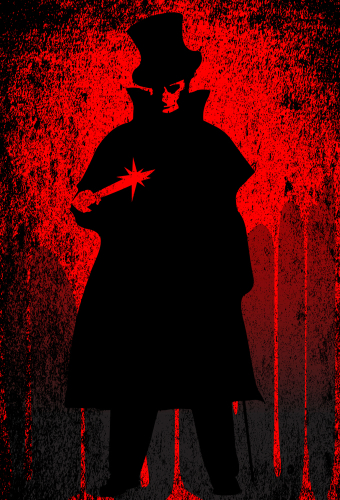 There are many reasons to take a Ripper tour. For starters, it’s educational, interesting and informative, not to mention the fact that it’s also fun. It gives you the opportunity to learn all there is to know about Jack the Ripper as well as discovering what life was like in Victorian London. It truly is a completely unique experience and there is no other place where you can learn this much about Jack the Ripper.

It’s also a great activity if you’re visiting the city for a short break. Lasting around 2 hours, you will get to learn all about one of the world’s most famous serial killers while still having the rest of the day to explore. However, don’t just take our word for it – check out some of our tour reviews and see what everyone else has to say.

What Will You Learn?

Although it may seem pretty obvious that you will learn about Jack the Ripper on a Jack the Ripper tour, there’s actually much more to the tour than you might first expect.

Learning About the Killer

Victorian serial killer Jack the Ripper remains famous to this day for many reasons. Firstly, no-one knows his true identity, making it one of Britain’s biggest unsolved mysteries. Secondly, his crimes have continued to shake the country even now, many years after they took place.

A Jack the Ripper walking tour in London would tell you all the facts we know about the killer. However, you would also learn all about the list of possible suspects – who knows, one of these may even have been the true killer. You will also get to see the famous Ripper letters which will tell you everything that you need to know about how the killer obtained his name and why it stuck. In fact, you might be surprised to know that this is actually one of the most commonly asked questions about the killer.

As we have already mentioned, a tour on Jack the Ripper won’t only inform you about the killer. The confirmed victims, also known as the Canonical Five, will also be discussed at great length during the tour. You will learn exactly who they were, how and when they died and why they are known to be definitive victims of this notorious killer.

There are many theories surrounding the Ripper and one of the most common is that there were other victims. However, there is no proof to suggest that this is true. Of course, after you have completed the tour, you may have a completely different opinion. Do you believe that the killer did, in fact, commit other crimes as well as the known murders?

You will also be able to take a Whitechapel tour where you will see all the sites associated with the Ripper and his victims. Not only is this a great glimpse into the history of the East End, but you never know – you might even find yourself walking in the same footsteps as the killer himself!

You will visit famous locations like the Ten Bells pub where many of the victims were frequent visitors and some people even say that the Ripper himself may have been a regular. If you decide to stop and have a drink in this or any other pub associated with the killer, you may even end up sitting in the same place as one of his victims.

Last but certainly not least, you will learn all about Victorian history and what it would have been like for the killer and his victims all those years ago. Assisted by our world famous Ripper-Vision, you will gain information on the killer and his crimes while travelling back in time to Victorian Whitechapel.

You don’t need to imagine what this famous era was like – you will be there to experience it for yourself. Back in this time, the city of London went through various changes and traumas, the Ripper being one traumatic event. But all of this and more has only added to the city’s rich history.

If you think that the Jack the Ripper tour sounds interesting and you are thinking about going with a group then you might also want to check out our VIP tours. You will still learn about all of the known victims, but you would also learn about some of the women that are suspected victims. Not to mention the fact that you will also receive Jack the Ripper books which outline all of the suspects to help you make your own decision about the true identity of the killer.

The VIP tour also includes a stop at one of the restaurants that we highly recommend as well as a pub stop en-route. In addition, this isn’t all that the VIP tour offers. You will also get to have a one to one tour with a professional guide who will answer any questions that you may have about Jack the Ripper.

So, now you know why you should take the tour, what to expect and all about our exclusive VIP tour. All that’s left to do now is book your tour! To see the areas that you will be visiting, you can check the tour map and itinerary, but don’t forget to leave your tour review on our website.