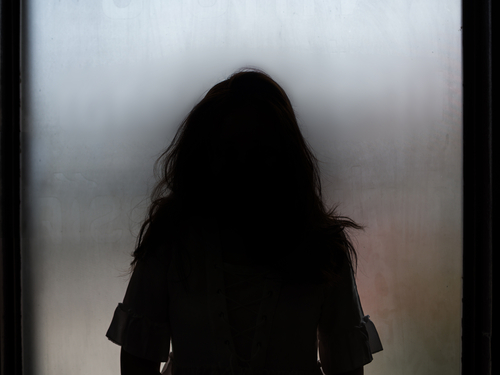 Although most murders are committed by men, ‘most’ is not ‘all’. Is it possible that one of the world’s most infamous unidentified serial killers is misgendered by their popular title? Could it be that Whitechapel’s Autumn of Terror in 1888 was actually down to Jill the Ripper?

The last victim of the Canonical Five was Mary Jane Kelly. According to most witnesses, and medical evidence, Kelly died sometime between 3:30 and 4am on November 9th 1888.

Again, ‘most’ does not mean ‘all’. Mrs Caroline Maxwell insisted she saw Kelly twice after that timeframe – at 8am and 9am, both times on Miller’s Court. Maxwell remarked that the second time, Kelly was looking very ill after a night of drinking at the nearby Britannia pub, somewhere Kelly had attended the previous night.

Inspector Abberline was impressed by Maxwell’s testimonial consistency, and the detailed account of Kelly’s clothes, especially her maroon shawl. These descriptions exactly matched the clothes found beside Kelly’s naked body on a nearby chair.

Abberline wondered if Maxwell’s sightings were not Kelly, but instead, the killer newly adorned in Kelly’s clothes. A colleague considered the theory plausible, suggesting there was only one kind of woman it could be.

Midwives’ working hours were dictated by contractions, known for neither predictability nor punctuality. This would give them a perfect alibi for both their streetside presence late at night, and even why they might be found close to a dead female body. At the time, childbirth deaths were far from uncommon.

Midwifery would also explain how a woman might be found carrying surgical knives in the dead of night with bloody clothes. It would also provide the anatomical knowledge the Ripper needed for rendering victims unconscious using pressure points, cutting veins to ensure death, and removing particular organs.

Reproductive health could also provide the ultimate motive of a hypothetical female killer. If Ripper Jill had been performing backstreet abortions, only to be betrayed by a fellow woman, she could seek out a perverted vengeance against female-kind more broadly. Prisons in nineteenth-century London were not known for mental healthcare.

This would also link into the reason why Mary Jane Kelly’s clothes were found folded neatly on a chair not too far from her corpse. She could have disrobed as part of a medical abortion procedure, only to be taken for prey in a deeply vulnerable moment.

This theory does explain much – how the Ripper evaded detection, their knowledge of inducing unconsciousness and organ removal and how Caroline Maxwell might have seen a woman in Mary Jane Kelly’s clothes four hours after her death.

But escaping with bloody clothes may have been unnecessary, as many of the victims were strangled. Most people could manage this fashion of murder without medical training.

Despite the elusiveness of certainty, a valuable lesson can be learned. Most crimes might be male-perpetrated, but ‘most’ does not mean ‘all’. As in pay and politics, so it should be in murder suspects. Equality for all.