Were The Police to Blame For Not Catching Jack the Ripper?

For over 130 years, the police investigation of the Jack the Ripper murders has been portrayed as inept, while the men who carried it out have been characterized as buffoons. Most of London was under the jurisdiction of the Metropolitan Police, whose Commissioner, Sir Charles Warren, has always been a particular target of those who blame incompetent policing for the failure to apprehend Jack the Ripper. 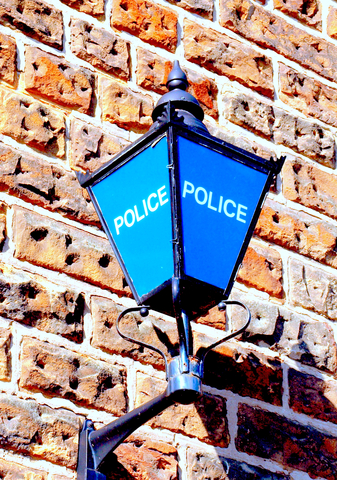 In particular, Warren was savagely mocked for experimenting with bloodhounds in the hunt for the Ripper, and for losing them on a trial run. He was, in fact, opposed to the idea of using the dogs from the start, as he realized they would be next to useless in the teeming streets of the East End. The abortive trial was forced on him by the Home Office.

Who was Sir Charles Warren?

Sir Charles Warren is usually caricatured as a crusty old soldier – he was 48 at the time of the murders – or a martinet concerned more with the imposition of military standards of discipline and organization than he was with combatting crime. The fact that he had been appointed for precisely that purpose is often ignored.

Warren had been recalled from his military duties in Sudan in 1886 when a crisis of public confidence in the effectiveness of the police had brought about the resignation of the previous Commissioner, Sir Edmund Henderson.

Despite his personality clashes with James Monro, the head of the CID, and with Henry Matthews, the Home Secretary, he had some success in reorganizing the force by 1888, just before the Ripper murders began. Monro resigned. His replacement, Robert Anderson, was appointed the day after the Mary Ann Nichols murder and did not return to London from holiday until after the double killing on 30th September. Heading the CID inquiry in his absence was Detective Chief Inspector Donald Swanson, with Detective Inspector Frederick Abberline in charge of the investigating team on the ground.

Limitations Faced by the Metropolitan Police

Given that forensic science barely existed in the 1880’s and that nobody realized the true value of scene of crime evidence, with criminal detection as a skill still in its infancy, the police investigation of the Jack the Ripper murders was exceptionally well-handled.

Within the limitations of the period, it was little different from the way a similar investigation would be conducted today. The police had two related objectives. The first was to apprehend the murderer; the second, to stop him from killing again.

In the effort to catch the killer, the police distributed some 80,000 pamphlets and handbills appealing the public to come forward with information. All leads received as a result were followed up. The main thrust of the investigation was a determined house-to-house inquiry, during which 2,000 lodgers were questioned. This inquiry was confined to a fairly small precise area to the north of the Whitechapel Road, where the Jewish population was most densely settled.

Attempts to Catch Jack the Ripper

The police may not have known who they were looking for, but the evidence suggests they had a pretty good idea of where to look for him. To prevent Jack the Ripper killing again, extra police patrols were drafted into Whitechapel and Spitalfields. Plain-clothed detectives kept watch on dark alleys and courtyards, while others worked undercover, disguising themselves to mingle with the local population.

This heavier police presence seemed to have an effect as the gaps between the murders increased. There had been just a week between the first and second murder, but six weeks passed between the double killing and that of Mary Kelly. It is possible that the killer found it increasingly difficult to find either a victim or, once he had found one, somewhere he could carry out his grisly work unobserved.

The fact the murders came to a sudden and abrupt halt would suggest the killer was almost caught and in a panic stopped his ghastly work, or perhaps he was detected and, lacking positive proof of guilt, quietly locked away in asylum by the suspect’s family.

Whatever the true outcome of the case, the police did an outstanding job with the basic tools they had in an age before modern criminal profiling and DNA.