The Doss Houses of Spitalfields 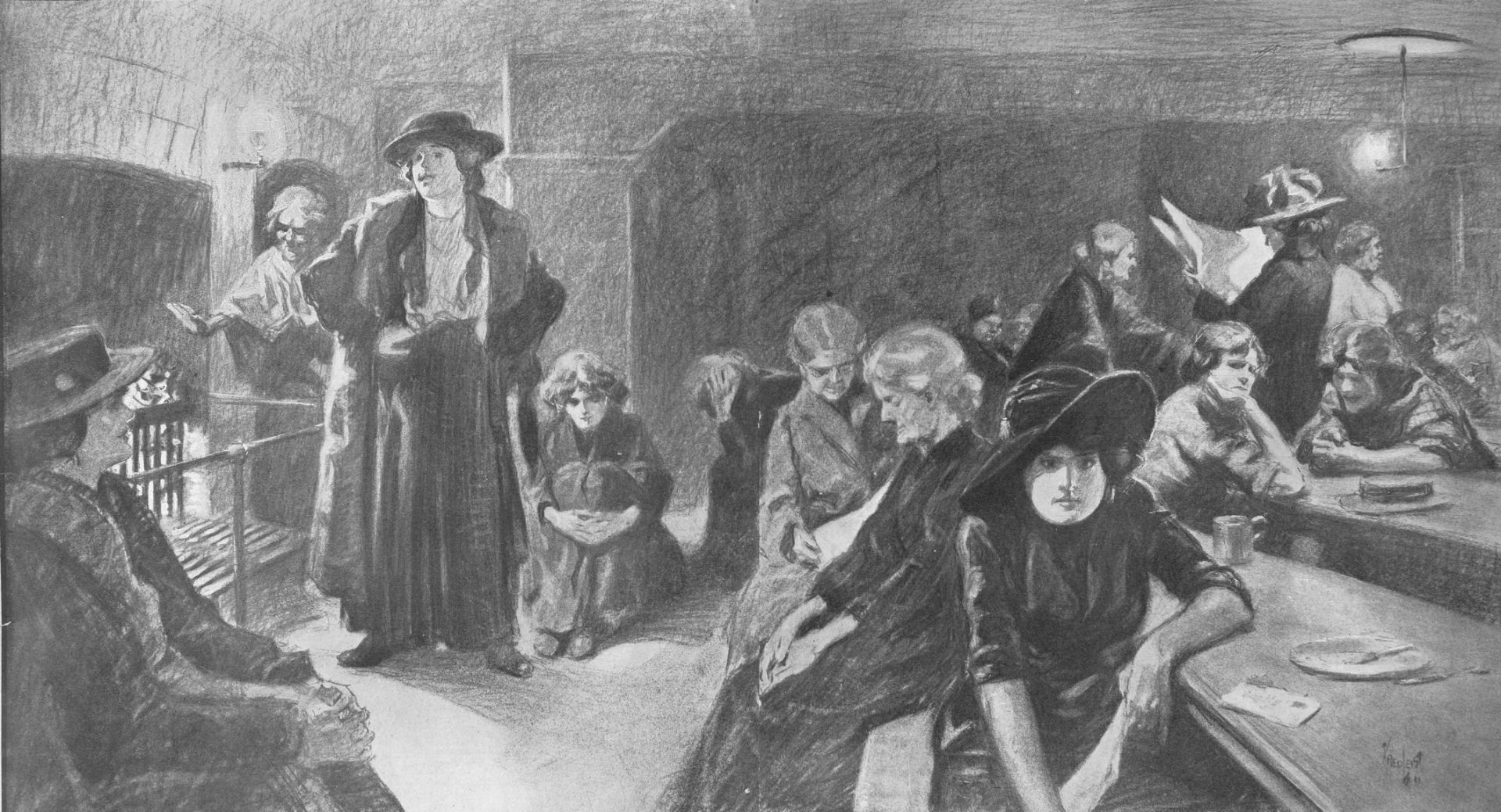 With one exception (Mary Jane Kelly), all the victims of the Whitechapel Murders were residents of common lodging houses or ‘doss houses’ at the time of their deaths. These properties offered a bed in a communal room and use of a communal kitchen for the price of four pence, which is why it is believed the prostitutes of the East End charged as much for their services. Owned by landlords who would usually have a few such properties under their belts, they were run by a deputy whose job it was to collect the money and manage the doss house. This latter responsibility could not have been easy; many who populated such establishments were transients, the unemployed or unemployable, criminals on the run from the authorities and, of course, prostitutes. Where management was ineffective or neglectful, these places could be dens of vice and squalor, where even regular inspections by the police would not ensure certain standards. The children living in the worst places, whether alone or with their families, were exposed to it all, producing a new generation of the criminal and disaffected.

Many properties were owned by local families who often intermarried, thus expanding their empires, and although the tenants of these houses were often chronically poor, the owners lived in considerable comfort from their earnings, often away from the rough East End.

The worst doss houses in the East End - which were also home to many of the Ripper’s victims - could be found in Flower and Dean Street, Thrawl Street and Dorset Street, all branching off Commercial Street in Spitalfields. Flower and Dean Street had the highest concentration of doss houses and was therefore known as perhaps the evilest street in London for many years:

“Flower and Dean Street, Spitalfields, is associated in most people’s minds with vice,  immorality and crime in their most hideous shapes, and rightly so for there is no street in any other part of this great Metropolis that has for its inhabitants a like number of the dangerous class. Other streets there are even in its neighbourhood that vie with it for poverty, squalor and vice, but Flower and Dean Street has a character all its own. For to its tenements resort the most daring and the most to be feared–the men who commit robberies accompanied with acts of violence.”

The Smith family owned 56 Flower and Dean Street (an early address of Mary Ann Nichols), known to all as the White House and notorious as a place where men and women were allowed to share beds, suggesting unchecked prostitution within its walls. The Cooneys were very successful doss house keepers and some of their houses in Flower and Dean Street and Thrawl Street could boast victims Catherine Eddowes, Frances Coles and at one time, Mary Kelly, as residents. The Satchells had houses in Flower and Dean Street and George Street, where Elizabeth Stride, Emma Smith and Martha Tabram lived, on these occasions, all at the time of their deaths.

Dorset Street was the territory of John McCarthy and William Crossingham – the latter’s doss house at No. 35 was where Annie Chapman regularly stayed. Mary Kelly, the only Ripper victim killed indoors, rented her own room in Miller’s Court, owned by McCarthy. Dorset Street would go on to be known as ‘the worst street in London’ and would also be known as ‘Dosset Street’ because of its high number of doss houses, several of which would become notorious for other murders in the wake of 1888.

Despite the awful conditions that many had to endure, the common lodging house was often thought of as more attractive than the other option – the workhouse – where food and shelter could be sought for free, but with the addition of having to endure tedious and often backbreaking work in order to earn it. The doss houses at least offered a sense of community, no matter how rough it was, and the companionship that could be found around an open fire in a communal kitchen attracted all and sundry - sometimes at a cost to personal safety and wellbeing.