What was it really like to live in Whitechapel, London in 1888?

Gas lamp-lit streets and dark, foggy alleys didn’t offer the residents of Whitechapel an inspiring backdrop by which to lead their lives. The area was steeped in poverty and all manner of crime and disease. Growing up in this part of London offered a challenge in itself; many children were seen as a strain on their parents’ resources, and it is believed that two in every ten died before reaching five years old.

Victorian London was not a happy place to be, and the facts speak for themselves. Prostitution was rife, poverty and crime were prevalent and 19th-century housing was barely habitable. Finding work in 1888 was extremely difficult for the residents of Whitechapel, feeding into the cycle of destitution and depravity.

Whitechapel offered a breeding ground for crime and poor behavioural habits, including murder, prostitution and violence – and vicious circles like these were rarely broken in such poor districts. The streets were unimaginably dirty, fresh food was hard to come by, pollution and the smell of sewage hung in the air. 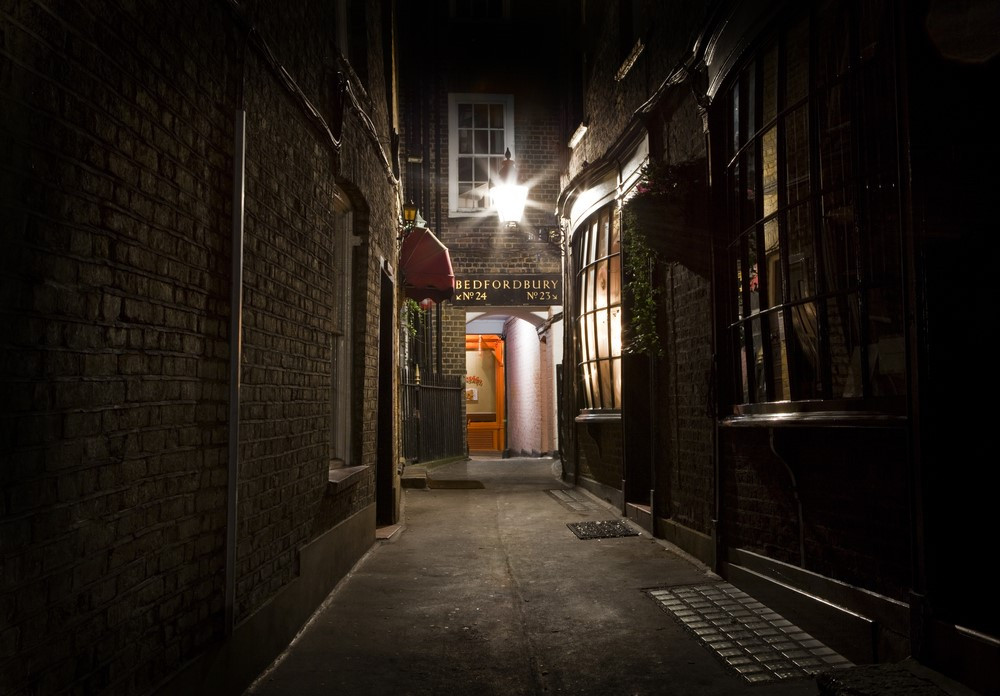 Life was much harder for women. The lack of proper work and money led many women and girls into prostitution, a service in high demand by those wishing to escape their grim realities. The women, commonly referred to as ‘unfortunates’, owned only what they wore and carried in their pockets - their deeds would pay for their bed for the night. However, a lack of contraception meant that unorthodox abortions were performed in dirty facilities, including the back streets. This, of course, fed into the cycle of disease and many women would die of infection from these ill-performed surgeries, or from ingesting chemicals or poison.

How Bad Were Living Conditions in 19th Century London?

While the streets were lined with the starving, penniless inhabitants of the drab and dark capital, the insides of the houses throughout the borough were no less uninviting and more reminiscent of slums. Many were makeshift brothels, offering a bed and a room to those wishing for a short-term escape. However, this was a dangerous trade, as diseases were passed from person to person very quickly and doctors did not come cheap.

Housing was extremely over-crowded, with entire families or groups of strangers crammed into a single room for cooking, eating and sleeping. They would share beds or sleep on the floor, with rags covering broken windows and often flea or insect-infested environments. These damp and cold conditions offered an ideal climate for further disease and sickness to develop.

What Work Was Available in Whitechapel?

Surviving in the late 19th century often came through casual or ‘sweated’ labour, like tailoring, boot making, and making matchboxes. These professions came with very little job security and the work premises would more than likely be small, cramped, dusty rooms with little to no natural light. Workhouses were another alternative, set up to offer food and shelter to the poorest of the community in return for hard, gruelling labour in even worse conditions.

These horrible working and living conditions resulted in large portions of the population turning to drink or drugs to cope with everyday life. Pubs and music halls were many in number in the East End, and drink was cheap too, making it a viable means of escapism for many.

It comes as no surprise that, as a result, crime rates spiralled and were unmanageable by London's police force in 1888. Petty crime like street theft was commonplace, alongside more serious disturbances like alcohol-related violence, gang crime and even protection rackets. The high level of prostitution meant that vulnerable women were often forced to earn a living on the streets, leaving them easy targets for assault, rape and even murder. It is noted that all of Jack the Ripper's victims were addicted to alcohol; some believe this would have made them easier targets for the killer.

Police stations and the detectives at the helm lacked structure and organisation, with many crimes being mislabelled, evidence going missing or being tampered with and, in the case of Jack the Ripper, violent serial killers left to roam the streets of London. The maze of dingy alleyways and dark courtyards, each with multiple entrances and exit points, only made the district even more difficult to police. There were even some parts of Whitechapel that police officers were afraid to enter, making them crime hotspots.

It is difficult to imagine such dark and fearful times, and how people managed to spend their lives in such conditions. While many perished at the hands of crime, serial killers or disease, others did survive, and this blog has hopefully given you some insight into the reality of life for the residents of Whitechapel, 1888.

Most of the street names have been changed in and around Whitechapel over the years. However, with reference to old street maps, it is possible to identify specific locations and landmarks. One of the most popular things to do in Whitechapel is explore these old destinations, particularly those most well-known because of the heinous Jack the Ripper crimes. So why not get down to London and see some of the remains of 1888 yourself?

All of the locations where Jack the Ripper's victims were found are visited on our Jack the Ripper tour which, combined with our expert tour guides and exclusive Ripper Vision technology, bring the Whitechapel of 1888 to life.

With tours running every day, you can enjoy this unique London experience whenever is best for you. Learn more about the tour here or book your place today.

Find out what it was really like in Whitechapel in 1888 on a Jack The Ripper Tour with Ripper Vision!