Why Did Jack the Ripper Stop Killing?

1. There Were Too Many Police Officers and Informants on Patrol 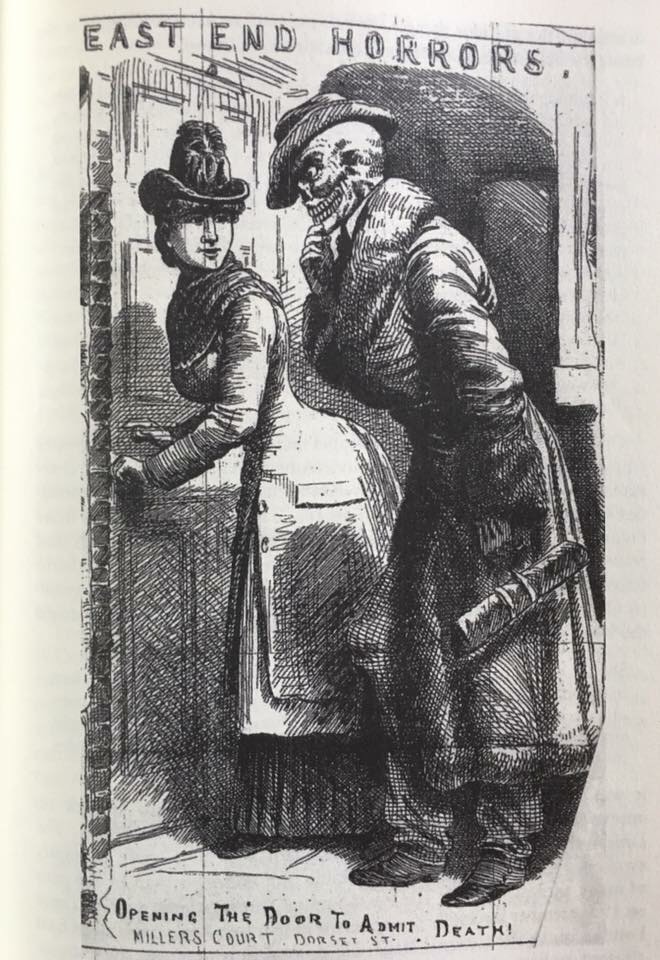 The Jack the Ripper murders had reached their peak by 30th September 1888 with the double murder of Elizabeth Stride and Catherine Eddowes. Huge public outcry spread like wildfire across London.

The Ripper's bloodlust seemingly knew no bounds and the police had every reason to believe that a repeat event was on the cards for the following weekend. They were also prescient enough to realise that their best chance of catching the fiend was nabbing him in the act.

“....... extreme vigilance is now being exercised by the police in Whitechapel. The whole place swarms with detectives and men in uniform... It was feared that the murderer would again select Saturday morning for the perpetration of another crime, and they knew that unless he was caught red-handed they would have no evidence against him."

The police searched every house in the immediate area. Landlords were questioned about suspicious guests and it was estimated that around 500 informants were told to keep their eyes open on every corner.

If the Ripper was a local man he would have seen that the whole community was now watching everyone, including himself. He may have considered it far too risky to continue his ghastly deeds.

2. He Was Locked Up for Another Crime

It's possible that Jack the Ripper could have been placed in prison for an unrelated crime or possibly an asylum by family members fearing for his sanity.

We have seen this in more modern cases where serial killers have been taken off the street for something other than the murders they committed. One such case was the Boston Strangler, Albert DeSalvo, who, after committing 13 murders, was arrested for rape and sexual assault. It wouldn’t be until later, whilst in prison, that he confessed to a cellmate about who he really was. Had he not confessed, the case may have remained unsolved.

The same would have applied had the Ripper been locked away in an asylum due to a deteriorating mental health issue.

In the East End of London, life was short. Disease and malnutrition were rife. Many people were homeless and some were alcoholics, living a poor day-to-day existence in the slums of Whitechapel. Had the Ripper been from the same social class as his unfortunate victims, then dying at a fairly young age was not uncommon. The Ripper could have succumbed to any number of the diseases that inhabited the area.

4. He Was Almost Caught

A theory that has become increasingly popular due to modern criminal profiling suggests that Jack the Ripper may have stopped killing because he came close to capture. Such a scare may have brought home how lucky he was, or faced with a near capture he may have been aware that the police were on to him so he decided to keep a low profile. It's unknown if the police ever had their sights on one man and tried their best to nail him for the crimes but lacked the evidence to do so. If they did, then the records have not survived to tell us.

Perhaps in time, some new evidence will emerge from the hidden vaults of Scotland Yard which will shed new light on why the world's most infamous serial killer suddenly vanished into the shadows forever.