The Morbid Curiosity with Serial Killers 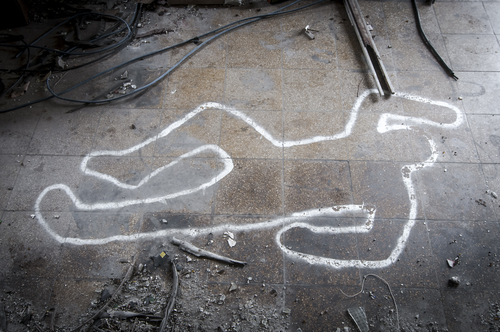 Infamous cult leader Charles Manson died on the 17th November 2017 at the age of 83. After being involved with taking the lives of 7 people, he was put on trial in 1970 and was sentenced to death. After the death sentence was abolished, this was altered and he was then re-sentenced to life in prison. Although his crimes were committed in 1969, they have continued to gather a lot of notoriety thanks to the unique circumstances surrounding his cult and band of loyal, disillusioned followers. The brutal killings they committed earned them the ‘Manson family’ name.

In the wake of Charles Manson’s death there has been a surge in curiosity towards the morbid and the grotesque and as we grow ever more curious about the crimes that others commit, a question must be asked; how far is too far?

The Jack the Ripper Effect

Although there have been many serial killers since Jack the Ripper toured the East End of London, leaving his own wake of victims, the number of serial killers to garner as much attention from the media are few and far between. Charles Manson and his family, however, certainly inspired the media with their crazy lifestyle and horrific crimes, instigating a similar level of fascination.

Has it Gone Too Far?

Manson’s name is known across the world, and, as a result, he had many followers who spent time trying to free him as well as those who are now mourning his death. T-shirts and posters are still available with his name and face on and there are even Facebook fan clubs. But why? This man was a killer who changed the lives of many and never for the best.

Over the years, Charles Manson has been portrayed in various different mediums, from films, tv shows and even a play. Even hit animated comedy South Park included a Charles Manson character in their 1998 Christmas episode. This is a programme that is aimed at young adults – many of whom wouldn’t necessarily have known a lot about the crimes Manson committed at the time.

Since his death, his name has been in the news left, right and centre; many are glad to see him gone while others are more concerned about whether he will be buried or cremated and where his body will end up. Trying to avoid creating a memorial, the authorities in California are said to be seeking a solution that will be respectful towards his victims’ families. However, fanatics will no doubt create their own online memorials. This only adds to his fame and we have no doubt that the story of his life and crimes will live on for far longer than his body ever could.

Some same that the continued media coverage serves only to glorify his horrendous crimes. In the eyes of victim’s families, they would much rather remember their loved ones than the man who destroyed their lives. It appears we may have already gone too far, in every case like this one the public always remember the infamous killer as much as the victims – much like with the notorious Jack the Ripper case.

These days people have a curiosity to know the grisly facts about the crimes and the murderer and the media are only too happy to satisfy their morbid curiosity.

If you have a fascination with the macabre, then our Jack the Ripper tour will be right up your street. For Ripperologists, true crime fanatics and many more, you can delve deep into the London that Jack the Ripper and his victims lived in.

Our tour runs daily, so book your place today and see if you can’t satiate your curiosity. Book your tickets today!