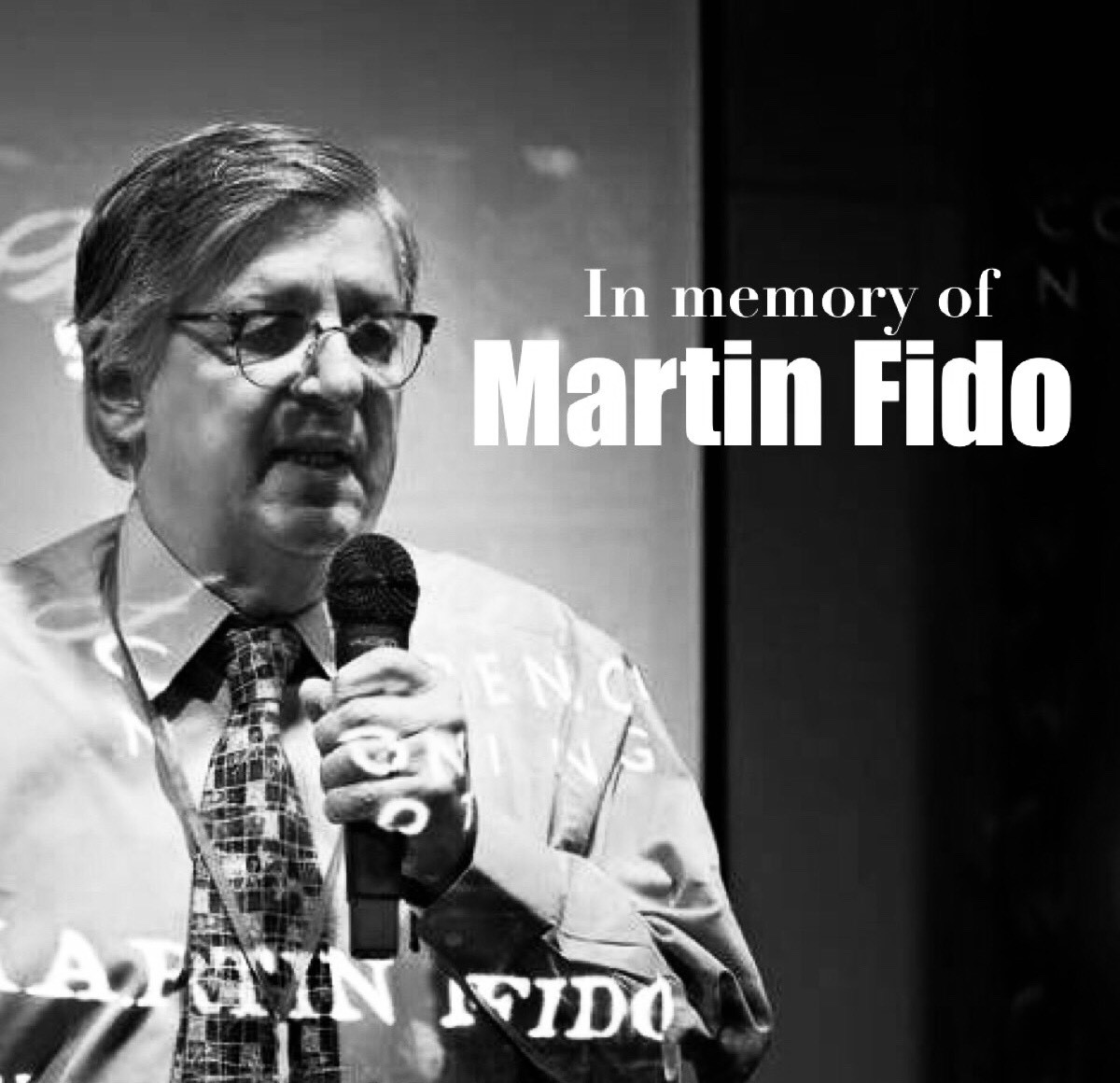 It is with deep regret that we announce the death of the author and researcher Martin Fido on April 2nd 2019, at the age of 79.

Regarded by many as one of the leading lions of the Ripperology community since the 1980s, Martin was a true friend to many of us who will be greatly missed.

Martin was loved by all who met him and his work and passion inspired a new generation of researchers and enthusiasts - and continues to do so to this day.

Martin Fido’s journey into the world of Jack the Ripper studies was really by accident. As a university teacher of English Literature lecturing at Oxford’s Balliol College, Leeds University, Michigan State University and the University of the West Indies, he was in the process of putting together a book, mainly around science, philosophy and 19th-century literature. However, in the early 1980s, a fire broke out at his workplace and destroyed all his research.

It was then that Martin decided to change his subject and enter the world of true crime. He began researching for his new book, 'the Murder Guide to London'. Part of the research for this involved reading the memoirs of several high ranking police officials from Scotland Yard.

One such officer, Sir Robert Anderson, had claimed the identity of Jack the Ripper had been known to the authorities and that the murderer was a “poor Polish Jew”. When Martin compared this to other police sources, he came to the conclusion that the Jewish suspect was a man named “Kosminski”. Visiting the asylum records, he discovered an Aaron Kosminski, from Whitechapel, who was admitted soon after the murders. This formed the basis for his next book, 'The Crimes, Detection and Death of Jack the Ripper'.

From here, Martin would conduct some of the earliest Jack the Ripper tours around London’s East End, captivating audiences with his charisma and charm. He later went on to work on 'The Jack the Ripper A-Z' with author Paul Begg and researcher Keith Skinner. Today, this is considered to be the Bible of Ripper research.

During this time, Martin broadcast weekly radio programmes, such as 'Murder After Midnight' on LBC Radio and true crime Q&A sessions on the Pete Murray Show. By the year 2000, Martin decided to leave the hustle and bustle of London and moved to America, where he began a career teaching Boston University students about the skills of writing and research.

It would be a further eleven years before Martin would return to the UK to give regular guest appearances at the official Jack the Ripper conference, engaging in discussions and debates with a new generation of budding Ripperologists.

Perhaps it's rather fitting that his last ever public appearance, in late 2018, was in the heart of London’s East End, marking 130 years since the Jack the Ripper murders. A place where Martin first gained an incredible audience of readers and researchers almost three decades previously.

It's no exaggeration to say that his loss will be felt by many across the field of true crime studies and we send all our thoughts and prayers to Martin’s family at this sad time.

Martin Fido inspired a generation, and will no doubt inspire many more in the years to come.