How Did Jack the Ripper Die?

The story of infamous serial killer Jack the Ripper is one of the most intriguing cases in real criminal history. Indeed, it could be argued that the fact this horrific case is still unsolved could be one of the reasons why it remains so popular to this very day – 130 years later. 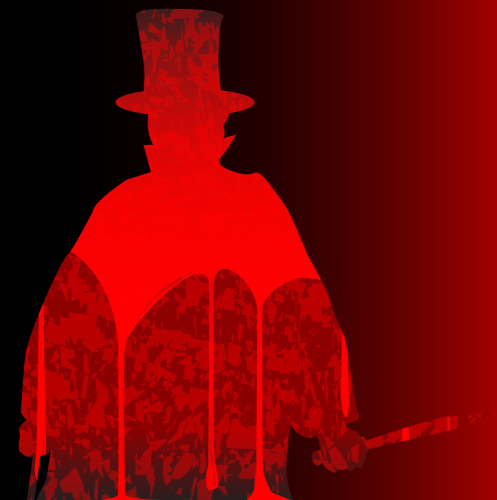 Despite a plethora of suspects, lengthy police investigations, media interest and many accusations hurled around, a definitive Ripper suspect has never been identified. Although we may not know the killer’s identity for certain, this hasn’t stopped public interest in the murders nor dampened the morbid curiosity surrounding the grisly events of 1888.

On our Jack the Ripper tour, we always ask the following questions – when did the murders stop? What happened to Jack the Ripper after the killings? Did he die or was he committed to an asylum? Did he leave the country? Or – and perhaps most unlikely – did he simply have a change of heart and stop killing?

So, with many questions still unanswered, it’s time to delve into the murky depths of the past and wade through fiction and legend in search of the facts.

Before we can begin to consider what happened to Jack the Ripper, first we must try to identify when the murders stopped and when this infamous killer ‘took retirement.’

Herein lies a great puzzle because it is generally accepted that Jack the Ripper had five victims and five victims only. Of course, we are all familiar with the names of the Canonical Five Ripper victims (Mary Ann Nichols, Annie Chapman, Elizabeth Stride, Catherine Eddowes and Mary Jane Kelly) but with the Whitechapel murders continuing for several years both before and after the timeline of the Canonical Five, it is entirely possible that the Ripper may have had many more victims to his name.

Although many historians agree that it is highly unlikely some of these murders were the work of Jack the Ripper, due to a lack of similarities or location, certain others could well be additional Ripper victims. Some researchers and several police officers at the time were convinced that he may have killed up to seven or eight women.

Two of the most likely potential Ripper victims are Alice Mackenzie and Frances Coles. Alice Mackenzie was killed on 17th July 1889 in events which sparked terror amongst the residents of the East End amid fears of the Ripper’s return. Similar to many of the Canonical Five victims, Mackenzie’s body was found in Castle Alley, a street in Whitechapel, covered in blood. Upon examination of the body, it was determined that the cause of death was a jagged wound across her torso.

On the other hand, the murder of Frances Coles divided opinion. The last name in the now-infamous Whitechapel Murders file, was she, in fact, the Ripper’s final victim?

Coles’ body was discovered on Friday 13th February 1891 – a superstitious date – lying in Swallow Gardens in a pool of blood. She died from a wound to the throat, however, the Police Surgeon attending the crime scene said that the injury and nature of the crime did not draw similarities with the Ripper murders which were still fresh in the public’s minds.

Both women had been killed with a knife and it appears that the killer was disturbed mid-act on both occasions. But were these murders the work of the Ripper?

So, although the evidence largely seems to point to the contrary, it is entirely possible that the Ripper could have carried out more than just the widely-accepted Canonical Five murders. But what does this mean for the Ripper timeline?

Life and Death in Victorian London

Since the murders took place so long ago, it is safe to say that the Ripper carried his terrible secret to the grave. Victorian London was a very different place to the capital of today, and life expectancy was much shorter then than it is now, thanks to improvements in modern medicine and the rise of technology.

However, the date, method and circumstances surrounding Jack the Ripper’s death can be little more than educated guesswork for historians and amateur detectives alike. There are almost as many theories about the killer’s life (and death) as there were suspects, so it’s important to do what you can to alleviate the rumours and draw your own conclusions.

So, How Did Jack the Ripper Die? 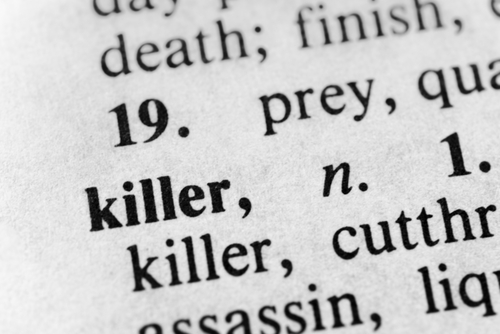 Working on your own ideas and beliefs about the number of his victims and their identities, it is then possible to calculate a more specific range of dates within the timeline of the killer’s life. This will then lead us one step closer to finding out what happened to Jack the Ripper.

For instance, if you believe that the Canonical Five were the only victims, certain suspects seem more likely. However, if you believe that later murders like Alice Mackenzie and Frances Coles were also Ripper victims, particular suspects are ruled out – most notably Montague John Druitt, who committed suicide just after Mary Jane Kelly’s death.

Did the Ripper Commit Suicide?

Nevertheless, if we take Mary Jane Kelly’s death on 9th November 1888 as the last Ripper murder, then the first and most obvious suspect is 31-year-old teacher and barrister Montague John Druitt. His body was found floating in the River Thames on 30th December 1888 following reports of him being missing for over a month. By all accounts, it appears that he committed suicide. What makes this event even more interesting is the fact that Sir Melville Macnaghten, a high-ranking police officer at the time, would later name Druitt as his top Jack the Ripper suspect.

Intriguingly, Macnaghten claimed that Druitt was insane and said he had private information which gave him little doubt that Druitt’s own family suspected him of being the Ripper. Frustratingly, Macnaghten never revealed what the private information was or why a man from a respectable background, unconnected to Whitechapel, would be considered the top suspect in this notorious case.

By a strange coincidence (if you believe there were only five murders) the Ripper always struck at the start and the end of the month. Mary Kelly was murdered on 9th November and if the pattern was to be repeated then there should have been a murder around the 29th or 30th of November. Interestingly, Druitt had most likely killed himself around this time – if he was indeed the Ripper, then this makes perfect sense as to why the murders stopped. Conversely, if the Canonical Five were not the Ripper’s only victims, then Druitt is in the clear.

Of course, suicide is only one possible theory about what happened to Jack the Ripper. Let’s look at another.

Was the Ripper Committed to an Asylum?

It has been suggested that the Ripper may have been captured or brought to the attention of the authorities as a dangerous lunatic wandering the streets. Perhaps his family had noticed his insanity and quickly had him locked away in an asylum, away from the public?

Two of the main suspects that this happened to are Aaron Kosminski and Thomas Cutbush. Both men were declared to be insane and were locked away, ending their lives in asylums. If you believe Frances Coles was a Ripper victim then Cutbush would be the prime suspect as the murders then ended after he was ‘caught’. However, this didn’t happen to Kosminski until after Alice Mackenzie’s murder, meaning that he could have committed all the murders up to and including Mackenzie’s death. Perhaps as his mental state deteriorated, his family intervened and he was incarcerated.

Did Jack the Ripper Leave the Country? 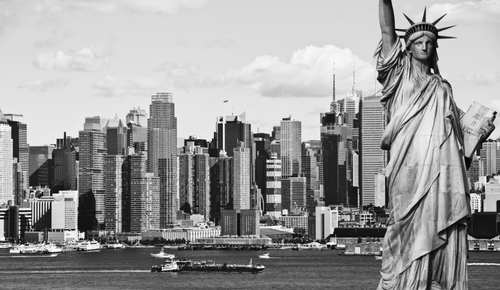 Over the last 20 years, this has become an increasingly popular theory, largely due to the emergence of an interesting suspect called Doctor Francis Tumblety.

Tumblety first came to light in 1996 when private papers were uncovered, naming him as a likely suspect. The papers were written by the head of Scotland Yard’s Special Branch, John Littlechild, and since this time, other researchers have begun to dig into the background of this mystery suspect. He was an American quack doctor who was rumoured to have had a deep hatred of women and more sinister still, it was said he kept women’s body parts in medical jars at his home. He was in the area at the time the murders took place and left to go to America shortly after Mary Jane Kelly’s murder.

According to some reports, detectives went to America to try and interview him but could not track him down. Could Tumblety have been Jack the Ripper? And if the Ripper did leave the country, then it is highly possible that he continued his ghastly work elsewhere and so far, any additional murders have remained unconnected to the Whitechapel Murders.

Did the Ripper Simply Stop Killing?

An interesting theory, but many people will tell you that serial killers do not stop killing. However, this isn’t strictly true.

In recent years, American police captured the notorious serial killer BTK (Bound, Torture, Kill) who turned out to be a security services man named Dennis Radar. He had killed ten people between 1974 and 1991, yet he lay dormant for over a decade before the police finally caught up with him.

In China, 54-year-old Gao Chengyong was dubbed China’s Jack the Ripper after he mutilated the bodies of his eleven victims over a 14-year period beginning in 1988. In 2002, for no particular reason, he stopped killing. It would take police a further 14 years before they could track him down using DNA.

So, here are two prime examples of brutal serial killers who simply stopped killing. Did Jack the Ripper follow the same course, stop killing and live out his days in the East End of London? Unlikely though it may seem, it is still a possibility.

What Do You Think Happened to Jack the Ripper?

Of course, when it comes to matters like this, all we can do is speculate. So much time has now passed since the events of the Autumn of Terror that any certainty is likely to have been lost to time over the years – but this doesn’t mean that we can’t still develop our own theories about this morbidly thrilling case.

Therefore, it’s entirely feasible to say that Jack the Ripper could have died in any one of a wide variety of ways, ranging from the mundane to the extraordinary. If Montague John Druitt was indeed the Ripper, we know for sure that he committed suicide by throwing himself into the River Thames. But was the Ripper’s final murder the taking of his own life?

Several more suspects, most notably Thomas Cutbush and Aaron Kosminski, were committed to asylums around the time of the murders. Is it possible that the Ripper’s murderous killing spree ended because he was incarcerated?

Another possibility, although much less glamorous, is that the final horrifying murder and mutilation of Mary Jane Kelly satiated the Ripper’s appetite for death and destruction. Did the Ripper retire, or did he flee London, perhaps fearing the police were on his tail? For all we know, Jack the Ripper could have lived out a long life away from the capital and died of natural causes many years later.

Perhaps one of the most intriguing questions people ask is this – is Jack the Ripper dead? As previously mentioned, life expectancy was much shorter when the Ripper was at the height of his crimes, and the amount of time that has passed would make it virtually impossible for the Ripper to still be around today.

However, there have been many reports of ghostly happenings and Ripper-related apparitions over the years – could it be that the ghost of the Ripper still stalks the streets of Whitechapel, searching for his next victim?