Jack the Ripper is widely regarded around the world as being one of the most famous serial killers of all time. However, while the Ripper was busy stalking the streets of Victorian Whitechapel, he certainly didn’t have a monopoly on serial killings in England. In fact, there were actually plenty of other killers out there just lying in wait, searching for their next victim. 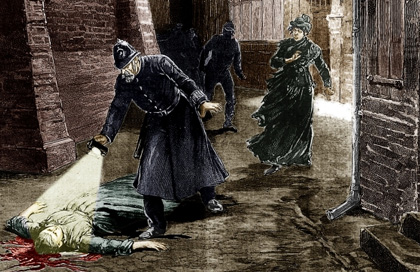 The Ripper’s contemporaries ranged from ‘The Yorkshire Witch’ to ‘The Lambeth Poisoner’ – but can profiling his equals help to finally solve the mystery of Jack’s identity once and for all?

Do you think you’ve got what it takes to crack the riddle of the Ripper’s identity? Book yourself onto one of our Jack the Ripper walks and see if you can piece together the evidence. You never know – you could be the one to solve the mystery for good!