Deconstructing the ‘From Hell’ Letter

On 16 October 1888, the most famous and disturbing letter linked to Jack the Ripper was received, accompanied by a removed kidney – but was it real? This is a question that has plagued authorities, historians, and amateur sleuths around the round ever since.

The letter was received by the head of the Whitechapel Vigilance Committee, George Lusk, a day after the correspondence was postmarked (15 October) and provides a frightening insight into the mind of the nation’s most notorious killer: Jack the Ripper. 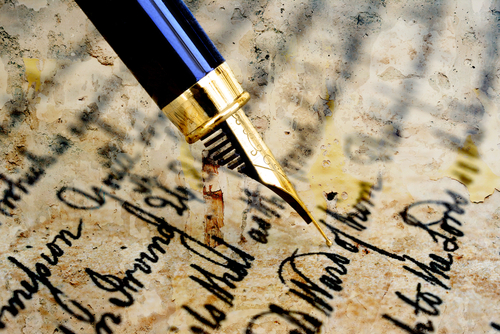 Undoubtedly, the letter had a massive impact on the case, purely down to the nature of its contents. Accompanied by half a kidney – which was said to be that of Catherine Eddowes who was found missing her left kidney – the letter signed ‘From hell’ was a short, albeit sinister, message.

It read: “From hell

I send you half the Kidne I took from one women prasarved it for you tother piece I fried and ate it was very nise. I may send you the bloody knif that took it out if you only wate a whil longer

Catch me when you can Mishter Lusk” [sic]

Is the Letter a Fake?

There have been questions over the legitimacy of the letter in question, with some arguing that the letter and accompanied kidney were faked – possibly by medical students.

The kidney was examined by Dr Thomas Openshaw and the results showed that the organ was that of a female around 45 years of age who suffered from Bright’s disease, a failing of the kidneys as a result of heavy drinking. At the time of her murder, Catherine Eddowes was 46 years old and had a reputation for drinking heavily.

The original letter is no longer on file having been lost, like many other key pieces of evidence in relation to Jack the Ripper, with only a photograph of the correspondence left on file.

In Comparison to Previous Letters

Another reason why many believe the ‘From Hell’ letter was faked is because the handwriting does not match up to that used in previous letters. The first use of the name Jack the Ripper was in the ‘Dear Boss’ letter, dated 27 September 1888, which was received by the Central News Agency.

While the letter is rife with grammatical errors and misspellings, the same as all other messages linked to the killer, this letter appears to have been written by someone with even poorer literary prowess than the others.

It is unknown exactly how many letters were received that were believed to be from the murderer – with many lost as a result of World War 2 – although there are some that have been preserved at the Corporation of London Records Office.

On the Jack the Ripper tour, you can attempt to piece together all of the pieces of the puzzle by visiting where each of canonical five was found dead, as well as other points of interest. Book your place online now, or call 078 0306 7544 today.