His reign of terror covered Washington state, Colorado and Florida before he was finally captured and executed by Electric chair on January 24th, 1989.

But how does this notorious serial killer compare to the man regarded as the most infamous killer of all time, Jack the Ripper? 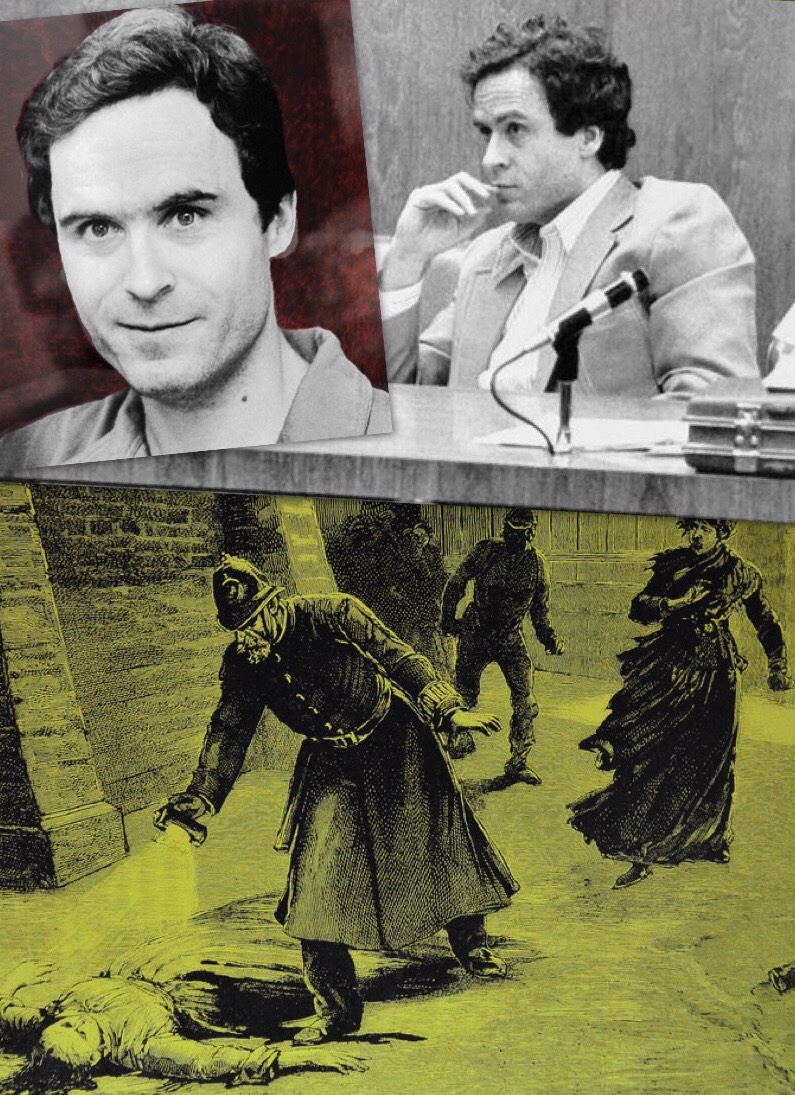 Jack the Ripper stalked the streets of London’s East End, almost 100 years before Ted Bundy began his reign of terror. Both killers targeted women and both had a brief reign of terror in which they managed to shock and terrify the world.

Surprisingly, there is debate on how many victims each killer had.  Popular belief claims that the Jack the Ripper murders stopped in late 1888. However, there were other murders which happened after this point which some historians also attributed to him. The Ripper was never caught so we will never truly know just how many lives he claimed.

Ted Bundy was caught on numerous occasions and, in the end, he confessed to killing around 32 women. Officers working the case claim Bundy may have killed many more than this, though, and to this day, there are still bodies being uncovered in the woods in around Washington which may or may not be the work of Ted Bundy.

How were Jack the Ripper and Ted Bundy similar?

Looking closely at these two men, they had more in common than you might think.

They both blended into their environment very well indeed. Both men were able to use specific techniques to put their victims at ease and lure them into a false sense of security.  Bundy had a charm about him which hid his inner monster, and, during the height of the Jack the Ripper manhunt, the Ripper was still able to get his victims alone, so he too must have had a charm offensive that made him appear to be someone you could trust.

A charming facade and somewhat normal appearance allowed both the Ripper and Bundy to entice their victims into a quiet and solitary area where they could then strike, revealing their true nature.

The Ripper and Ted Bundy were also regarded as the first of their kind in their respective regions.

Jack the Ripper was regarded as the first ever serial killer to capture the public imagination, resulting in a mass hysteria among the locals of the East End which still lingers around today. The 100 years that followed saw books, movies, plays and dramas about the infamous Victorian killer and turned him into an almost myth-like character.

Ted Bundy’s trial was the first murder trial to ever be televised nationally and brought the term “serial killer” into the homes of everyone across America. This too sparked massive media interest which in turn has turned Bundy into a similar myth-like figure among modern popular culture.

Method in the Madness

There is also similarity in the methods used to kill their respective victims. Ted Bundy would be regarded as an is organised serial killer, meaning he would spend time working out, who, where and when to strike. He would use little tricks that would put his victims off their guard. For instance, when it came to luring his two victims at Lake Sammamish State Park, Bundy was spotted with his arm in a sling to appear injured and in need of help.

Jack the Ripper’s victims were all prostitutes in the Whitechapel area of London, so he too must have spent a great deal of time deciding who and where to strike.  It’s unknown if the Ripper used tricks like Ted Bundy, but, one author of a recent book suggests that the Ripper may have used fake coins to appear wealthier than he was which could easily have convinced a prostitute to be alone with him.

Sporadic killers are easier to catch but cunning individuals like Bundy and the Ripper are the most terrifying; they cover their tracks, work out a plan and will appear perfectly normal both before and after the kill.

When all is said and done, the one big difference between the two is this; unlike Ted Bundy, the Ripper remained uncaught and, to this day, his identity remains a mystery. Put simply, when it comes to notoriety and myth, Jack the Ripper will always have the edge over all the other serial killers who end up behind bars.