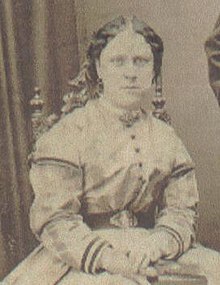 The morning of the 8th September 1888 marked a major turning point in the Whitechapel Murders when the mutilated body of a woman was found in the backyard of 29 Hanbury Street, a grim three-storey house which was home to 17 people. One of those residents, John Davis, had walked out into the yard at approximately 6.00am, to find the corpse lying close to the stone steps that led from the back door.

The woman’s throat had been cut twice, all the way around the neck to the spine. Even more shockingly, there was a huge opening in the abdomen from which the intestines, in their entirety, had been removed, then placed over her shoulder. Furthermore, the autopsy, conducted later by Dr George Bagster Phillips, revealed that the uterus, vagina and a portion of the bladder had been removed from the body.

The woman was soon discovered to be 47-year-old Annie Chapman, another East End unfortunate, who had been living in Crossingham’s lodging house in Dorset Street at the time of her death. Her story is typical of the Whitechapel victims. Born Annie Eliza Smith in London in 1840, she had married a Windsor coachman, John Chapman, in 1869, but the marriage was fraught with problems and tragedy. Of their three children, the eldest daughter had died of meningitis at a young age and the youngest, a boy, was a cripple. Annie’s persistent drinking and the problems that came from it ensured that the marriage would not survive, but for a while at least John Chapman gave Annie ten shillings a week after the separation for her to get by. Following his death in 1886, the money dried up, pushing Annie to Spitalfields, where lodgings were cheap and easy to come by. She tried selling crocheted flowers to earn a meagre living, but of course, when times were hard, she would earn her living on the streets.

Interestingly, less than thirty minutes before her mutilated body was found, a woman named Elizabeth Long claimed to have seen Annie at the front of No.29 with a man of foreign ‘shabby genteel’ appearance. The man asked Annie, ‘Will You?’ to which she replied, ‘Yes.’ Could this man have been her killer?

Around ten minutes later, Albert Cadosch, resident of No. 27, was walking out into his backyard when he heard noise from the yard next door, behind the fence. A woman’s voice urgently whispered ‘No!’ and a thump was heard. Cadosch, used to hearing people in the yard of No.29 at all hours, paid little heed. Twenty minutes later, the body was found.

With the sensational reporting in the press now taking hold, public hysteria was evident in the East End. The word on the streets was ‘Leather Apron’ and woe betide any man, particularly if they were foreign, who aroused the slightest suspicion, for within a short time they would find themselves being chased by lynch mobs, some of which were reported as being several hundred strong. The ‘Leather Apron’ scare was now in full swing, demanding of police time and resources as they struggled to apprehend the killer and keep control of the district.

But despite their problems, the police had a breakthrough on 10th September when the highly experienced Detective Sergeant William Thick arrested John Pizer at his home in Mulberry Street, Whitechapel. Sergeant Thick had known Pizer well for eighteen years and was convinced that he and ‘Leather Apron’ were one and the same. Unfortunately, as posters were going up proclaiming ‘Arrest of Leather Apron’, Pizer was released, after extensive questioning revealed that he had cast-iron alibis for the relevant nights and excellent witnesses to back him up. Despite fitting many of the criteria of ‘Leather Apron’, Pizer was innocent of the Whitechapel murders, something which must have been a disaster for the Metropolitan Police investigation. In the meantime, other suspects were brought in, such as Edward McKenna, a peculiar man who apparently went about with a knife and who seemed to resemble a man seen luring Annie Chapman out of the Ten Bells pub only an hour before she was found dead (or so the story goes). Jacob Isenschmidt was taken into custody as somebody resembling a suspicious-looking man who had appeared in the Prince Albert pub on the morning of the murder sporting blood stains on his neck and shirt. Isenschmidt proved to be of unsound mind and thus not eligible to appear in an identity parade, and his subsequent incarceration in an asylum would negate him as the culprit for the murders which came later. McKenna was also exonerated.

The horrific murder of Annie Chapman drew further attention to the conditions in East London and suddenly the murders were being used as a stick to beat the authorities with as radical, outspoken newspaper editorials laid into the police, particularly commissioner Sir Charles Warren, for their apparent inertia. Annie Chapman became almost a figurehead representing the plight of the poor in the East End:

"Dark Annie’s spirit still walks Whitechapel, unavenged by Justice... And yet even this forlorn and despised citizeness of London cannot be said to have suffered in vain. "Dark Annie's" dreadful end has compelled a hundred thousand Londoners to reflect what it must be like to have no home at all except the "common kitchen" of a low lodging-house; to sit there, sick and weak and bruised and wretched, for lack of fourpence with which to pay for the right of a "doss"; to be turned out after midnight to earn the requisite pence, anywhere and anyhow; and in course of earning it to come across your murderer and to caress your assassin.