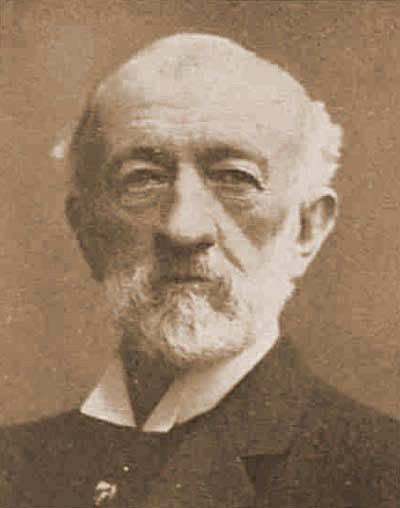 Dr (later Sir) Robert Anderson has become one of the most controversial police figures involved in the investigation into the Whitechapel murders. A milliner and barrister, he had been brought over to London from his native Ireland in 1876 as part of an intelligence branch dealing with Fenianism. When that branch closed, he was kept on as a special adviser to the Home Office on matters of political crime relating to the Irish problem and in 1887, he became secretary to the prison commissioners. On 1st September 1888, the day after the murder of Mary Ann Nichols, he was appointed Assistant Chief Commissioner (CID) of the Metropolitan Police, succeeding James Monro, who had resigned after power struggles with Commissioner Charles Warren. Having already complained of ill-health due to overwork, he immediately went on sick leave with Warren’s blessing.

This was unfortunate timing and during his lengthy absence from his post, East London witnessed the brutal murders of Annie Chapman, Elizabeth Stride and Catherine Eddowes. The press could not fail to notice:

“...the chief official who is responsible for the detection of the murderer is as invisible to Londoners as the murderer himself. You may seek for Dr Anderson in Scotland- yard, you may look for him in Whitehall- place, but you will not find him, for he is not there. Dr Anderson, with all the arduous duties of his office still to learn, is preparing himself for his apprenticeship by taking a pleasant holiday in Switzerland!”

Anderson returned to London and his duties following the Double Event.

But Anderson’s legacy was his outspoken opinions on the subject of the identity of the Whitechapel murderer, and he wrote in his 1910 memoirs that the killer's identity was a “definitely ascertainable fact” and that “he and his people were certain low-class Polish Jews.” He also made the contentious claim that the killer had been identified by “the only person who had ever had a good view of the Murderer”, but the witness refused to testify as he too was a Jew and would “not give up one of their number to Gentile justice”.

These were important claims, seemingly backed up by comments made by former Chief Inspector Donald Swanson that “Kosminski was the suspect”, a character who many believe to be Aaron Kosminski. There has been much speculation as to whether Anderson was lying, or at least ‘gilding the lily’ and his personal character, as a result, has come under much scrutiny since his death. Some researchers believe that he would not have lied on moral and ethical grounds as he was a devoutly religious man who believed in the second coming of Christ and wrote many theological books in his lifetime. Others have suggested otherwise, with one commentator suggesting that one of his works on Parnellism and crime was “another edition of Anderson’s Fairy Tales”.

Dr Robert Anderson retired in 1901, after which he received a knighthood. On his death from influenza in 1918, he was described in parliament as one who had “discharged his duties with great ability and perfect faithfulness to the public” despite later criticisms of his reputation, and that he was one “to whom the country, without knowing it, owes a great debt.”