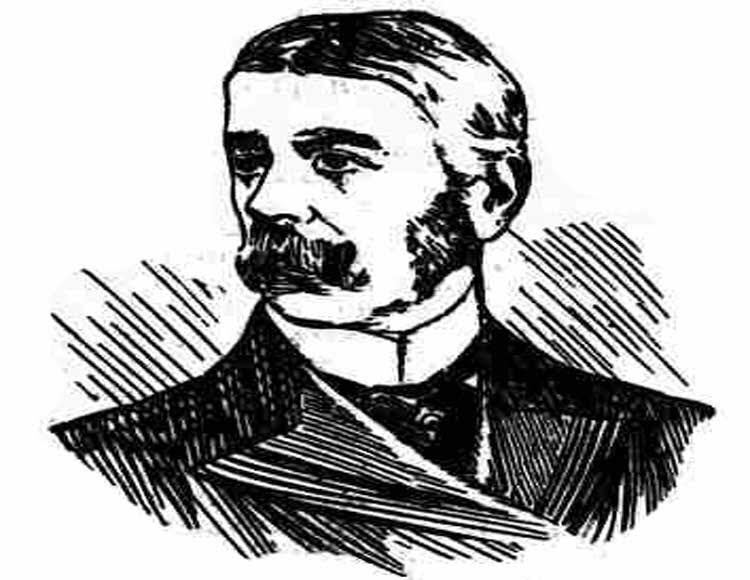 Recent research in Amanda Harvey Purse’s book Jack and Old Jewry: The City of London Policemen who Hunted the Ripper has unearthed new information about Henry Smith. He was actually born on the 15th December 1835 as William Henry Smith, a son and grandson to Minsters of Galston in Scotland. He studied to be an accountant, eventually working for Brown and Pearson Accountant Company, before being a part of the Scottish Police force, the Liverpool Police force and Suffolk Artillery Militia.

He was involved in an accident when a horse bolted and struck him. While being treated for this, the doctor was also concerned that ‘Henry’ had Bright’s disease, which was the same medical problem that Catherine Eddowes was said to have had. Coincidentally, Catherine’s murder scene in September 1888 was the only one attributed to Jack the Ripper that Henry visited.

He eventually joined the City of London Police Force as a Chief Superintendent in 1885 and two years later, he was living in Cloak Lane Police Station. It was from here, in the early morning of the 30th September 1888, that the then Assistant Commissioner, ‘Henry’ Smith, got the call about the murder of Catherine Eddowes in Mitre Square.

Jack the Ripper Case: ‘Henry’ got to the murder scene at Mitre Square and conversed with his officers that were already there. He then travelled to Leman Street Police Station when the news broke of the chalked message on the wall in Goulston Street. This chalked message has been a part of the history of the Jack the Ripper case because of the piece of apron belonging to Catherine Eddowes that was found underneath it. He went to view this message before returning to the murder scene, where he ordered that every man and woman seen together had to be accounted for.

In 1890, ‘Henry’ became the Commissioner of the City of London Police force and in 1896, he was made Knight Commander of the Order of Bath. By 1901 and at the age of sixty-five years old, ‘Henry’ retired from the police force and wrote his memoirs, 'From Constable to Commissioner: The Story of Sixty Years Most of them Misspent'.

He had decided to move back to Edinburgh and this was where he eventually married in 1909, before passing away in 1921 after suffering from Influenza for over a month. Although he was born William Henry Smith and he never officially changed his name, he is buried in Dean’s Cemetery in Edinburgh under the name of Sir Henry Smith.