Why did Jack the Ripper Become a Serial Killer? 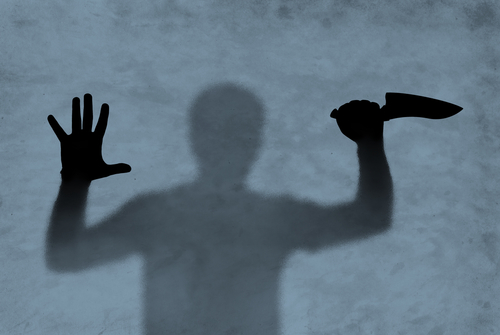 The secret identity of Jack the Ripper has baffled the world for more than 130 years. The elusive Victorian villain murdered and mutilated five women in and around the streets of Whitechapel, London in the autumn of 1888.

Ever since then, the killer has become the ultimate bogeyman-type figure of popular culture. But what were the motives that drove Jack the Ripper and how did he become history’s most elusive serial killer?

One of the earliest theories was put forward by amateur crime writer Leonard Matters in 1929. His book, The Mystery of Jack the Ripper, was the first of its kind to study the crimes of the Ripper and it was written when you could still visit all of the original murder sites before they were demolished by modern London development.

Leonard Matters suggested Jack the Ripper was seeking revenge on the prostitutes who he believed had murdered his son.

His theory involves a character called Dr Stanley, who was an early cancer specialist at a London hospital but also had a private practice in Portman Square. The story goes that Herbert Stanley, the son of Dr Stanley, had been a frequent visitor to the East London area and had fallen for a prostitute by the name of Mary Jane Kelly.

Unknown to Herbert, Kelly was suffering from Syphilis, which he contracted and killed him two years later. Seeking revenge for what he saw as the murder of his son, he sought out Mary Kelly in the back streets of Whitechapel, killing and mutilating those he felt had lead similar lifestyles which contributed to his son’s death. Finally, he tracks down Kelly and completes his revenge, before fleeing to Argentina.

It was a remarkable theory and inspired an early Hollywood movie on the subject back in the 1950’s, although there is little in the way of conclusive evidence to back it up as fact.

What if Jack the Ripper had no real motive? What if he simply killed for the sake of killing, like many serial killers who have come after him?

Serial killers do not need a connection to their victim, they are opportunistic and, when you look at the victims of Jack the Ripper, it makes much more sense that he found them easy targets. Prostitutes made their money by going off with strangers and taking them away from the busy main street to a place that was private and away from prying eyes. The killer needs no real effort to lure his victim away. They do it for him.

Did Jack the Ripper Have an Agenda?

If you were to suggest a motive to attack prostitutes, one could always look at other serial killers and their motives. For instance, Gary Ridgeway, the Green River Killer had a deep hatred for prostitutes and when caught told the police he was doing the world a favour by ridding the world of immoral and evil women.

Peter Sutcliffe, AKA The Yorkshire Ripper, who murdered 13 women over a five-year period in the north of England in the 1970’s, claimed he was on a mission from God to rid the streets of vice and immorality. In a chilling interview, Sutcliffe was asked why he committed his crimes and he coldly proclaimed that he “was just cleaning the streets”.

Perhaps Jack the Ripper felt he, too, was on a moral crusade to rid the world from what he saw as an immoral vice but, in all likelihood, he simply took advantage of easier targets. As a disorganised killer, he didn’t plan his attacks or his victims, he just took an opportunity when the time was right.

A prostitute working the streets of a terrible neighbourhood like Whitechapel in 1888 makes for a much easier target than a rich woman of the West End of London sleeping safely in her house. You don’t need nearly as much planning or patience.