Was Martha Tabram a Jack the Ripper Victim? 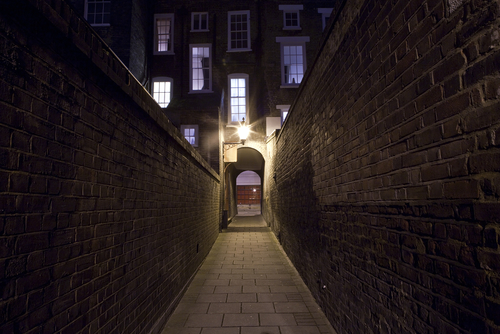 Throughout the years, there has been a lot of speculation that one of Britain’s most famous killers, Jack the Ripper, was responsible for the deaths of more women than just the canonical five victims. Of course, there is no way of proving these allegations to be true or false, but nevertheless, their validity is still called into question.

On a Jack the Ripper tour, you can hear all about the Ripper’s known victims, but how much do you know about the other possible victims? One alleged victim of the notorious killer is a woman called Martha Tabram, but who was she and why is she said to have been a victim?

Born as Martha White in 1849, she was the child of warehouseman Charles Samuel White and Elisabeth Dowsett. Martha spent her youth in London and was married at 20 to Henry Samuel Tabram, a former furniture packer. The couple had two children but later split in 1875 when Henry left her due to her heavy drinking.

After the split, Martha moved in with a carpenter called Henry Turner for 12 years. The couple had many issues, but they were mainly due to Martha’s heavy drinking where she would spend endless nights out drinking alone. In 1888, Turner left Martha and it was only then that she reportedly turned to other ways of making money.

Why was her Death Significant?

On the 6th of August, the night before her death, Martha was seen out with her friend Mary Ann Connelly, also known as ‘Pearly Poll’. Late in the evening, the pair met two guardsmen and ventured out to various different pubs, including a pub in Whitechapel. At around 11:45 pm, the two women split and each left with one of the guardsmen.

During the early hours of the morning, Elizabeth Mahoney, a woman who lived in George Yard Buildings, returned to her home but saw nothing unusual on the premises. Later, at around 3:30 am Alfred Crow, who also lived in the building, returned home and noticed what he thought was a homeless person sleeping on the floor outside the flats. It wasn’t until 4:45 am when another tenant, John Reeves, left for work that something more sinister was spotted. Martha’s body had finally been discovered.

As the murder was a woman and it took place on the streets of Whitechapel, many people were led to believe that Jack the Ripper had been at it again. However, due to the nature of the crime, this theory has very much been disputed.

Similar to the other alleged victims, it’s difficult to know whether Martha Tabram was indeed a Ripper victim, but to learn about the confirmed victims why not take a Jack the Ripper tour? Don’t wait to find out, book a tour now and start learning more about one of Britain’s best-known killers.