How Many People did Jack the Ripper Kill? 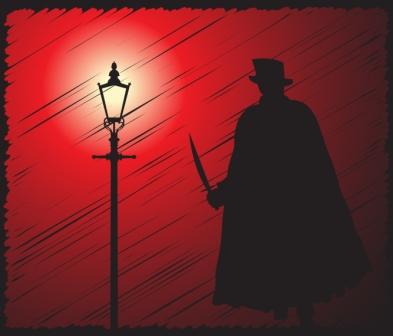 Even though the killer was never caught, thus his true identity and the number of victims remaining unknown, for the last 130 years, crime historians and researchers have studied the Whitechapel murders in incredible depth and feel that there are five victims which are regarded as more than likely victims of the same hand. They are known as the Canonical Five victims of Jack the Ripper.  They are:

The first of the Canonical Five murders was that of Mary Ann Nichols, known locally as Polly Nichols. At 3.40am on the morning of August 31st 1888, a cart driver by the name of Charles Cross stumbled across the body of Polly Nichols in Bucks Row, Whitechapel. At first, he wasn’t too sure about what he had found, thinking the bundle might be a piece of discarded canvas or tarpaulin. Mary Ann Nichols had received two deep cuts in her throat from left to right, severing her windpipe and almost decapitating her. When her clothing was removed the next morning by the mortuary staff, it was discovered that her abdomen had been viciously attacked. It had been partially ripped open in several deep and jagged wounds and there had been stab wounds to the vagina. Her intestines were protruding from the wound.

At 5.30am on the morning of September 8th 1888, Mrs Elizabeth Long was making her way along Brick Lane and into Hanbury Street. As she passed the front door of number 29, she saw a man and a woman talking. The man had his back to her and she couldn’t see his face, but the woman she recognised as Annie Chapman. The man was later described as wearing a long dark coat, a brown deerstalker hat and had a shabby-genteel appearance about him. Long thought he might be a foreigner and heard him ask Chapman “will you?” to which Chapman replied “yes”.

This was the last recorded sighting of Annie Chapman alive. However, it may not have been the last time she was heard.

Shortly after this sighting, Albert Cadosch, who lived at number 27 Hanbury Street, was stepping out to his backyard to visit the toilet when he heard a woman’s voice on the other side of the fence, which divided his yard from that of number 29. The voice appeared to be saying “no”, followed by what sounded like a body falling against the fence.

Around 20 minutes later, the mutilated body of Annie Chapman was discovered by resident John Davis as he stepped into the back yard of 29 Hanbury Street. Her throat had been cut across and back to the spine. Her clothing had been pushed up to expose her red and white stockings and a great gash had ripped open her abdomen.  This time the killer had reached in and pulled out her intestines, throwing them over her shoulder in the process. A portion of the stomach wall had been cut out and placed beside her head. It would later be established that the killer had removed her uterus, a portion of the bladder and the top third of the vagina. 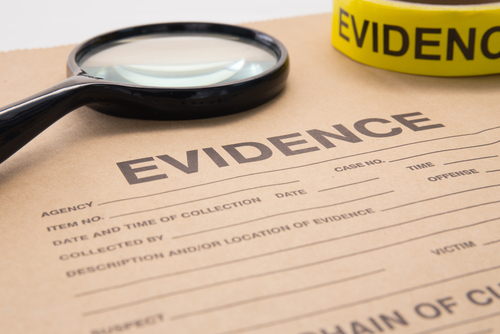 The next two killings committed in the Whitechapel murders series happened the same night on the 30th September 1888. Most experts are in agreement that they were committed by the killer known as Jack the Ripper. The murders were committed about a mile apart in less than 45 minutes. One of the murders would take place in the City of London (the only murder to be committed in the city) and in effect bring both the Metropolitan and City Police into the case. This would create the largest criminal manhunt in British history, at that time, which was unsurprisingly the main story in the press.

The first victim on the night of the double event was Elizabeth Stride in a yard way called Dutfield’s Yard, off Berner Street. At 1am, Louis Diemschutz made his way down Berner Street with his pony and cart. He turned to go into Dutfield’s Yard when his horse shied away from something that was lying on the ground. Diemschutz climbed off the cart and examined the bundle on the ground. He realised it was a body and went into the working men’s club, located at the back of the yard, to alert others.

Elizabeth Stride’s body was found with her throat cut, severing her left artery, yet no other slashes or incisions had been made on the body. The absence of abdominal mutilations and the estimation from the doctor about the time of her death has led most researchers to conclude that the Ripper was probably disturbed in the act of killing by Louis Diemschutz entering the Yard. It’s highly possible the killer was still in the yard as the body was discovered and then made a hasty retreat once Diemschutz had gone to alert others.

At 1.45am, PC Edward Watkins of the City Police entered Mitre Square on his beat and found the mutilated corpse of Catherine Eddowes. According to the post mortem, death was immediate, caused by “haemorrhage of the left common carotid artery”. The report added that the throat had been instantly severed so that no noise could have been emitted. Eddowes face, groin, liver and upper thighs had been hacked and stabbed; the abdomen had been ripped open and disembowelled (a two-foot long section of the large intestine had been placed between her arm and body), and most of the uterus and a left kidney had been removed.

Mary Kelly (also known as Marie Jeanette) was a pretty 25-year-old from Ireland, although she had spent most of her life in Wales. Her husband had been killed in a mine explosion and Mary had drifted off into the gutters of Whitechapel and taken up prostitution in an effort to survive. By Easter 1887, she was living in a small pokey room of 13 Miller’s court, off Dorset Street. On the night of her death, she was seen working the area of Commercial Street and later seen with a strange man walking back to her room.

The next morning, the landlord's assistant, Thomas Bowyer, was sent to collect the rent, which she had been six weeks behind in paying. When she didn't answer his knock, Bowyer reached his hand through a crack in the window, pushing aside a coat being used as a makeshift drapery, to see into the property. What he saw inside sent him reeling back in horror. The body of Mary Jane Kelly was lying on the bed, butchered like an animal.

On our private tours, we are able to explore all of the theories and visit each crime scene, retracing the footsteps of one of history’s most notorious serial killers.